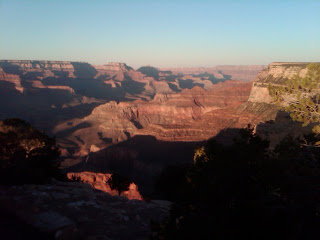 We just got back from our family vacation. While not as intense as our 3,000 mile road trip to Niagra Falls in July 2009, it was an awesome time and great adventure with our kids.
We flew from Wilmington to Phoenix where we met up with my Mom and her boyfriend Don who drove their minivan from their home in Laguna Beach, CA to join us. Check out our highlights:
We had a great time. Without a doubt the Grand Canyon is one of those places that you can't describe and you'll never forget.
Posted by Dave Spetrino, Jr. at 6:24 PM

Labels: Day in the life, Kids